Parenting is a sacred duty entrusted by the Almighty but very few are able to understand the true spirit of parenting styles & parenting itself.

Why is the right type of parenting essential?

A number of parents have raised a complaint these days that children are “getting out of their hands”. Though this seems a problematic statement at first, it is essential to determine the root cause of the problem. If a child is not becoming close to his/her parents, then there might be some loopholes from the parents’ side as well.

Today, routines are stiffer than ever. We will find working parents in almost every other home which makes it hard for the parents to monitor their children’s activities, especially in the teenage years.

Also Read: “A Tempting Guide on PowerSchool Parent/Student Portal In (2022)”

A sort of communication gap also takes up much of the space between parents and children these days. This explains that there are some mistakes of parents as well.

Guiding children the right way is important but more than that, finding your attitude toward your children is the most important factor of progress over here. If you are a successful business person or you are shining in your career but your children feel “awful” near you (though the term seems hard it is a fact), then you are unsuccessful.

A Point To Be Considered

Being a parent doesn’t only mean catering to the basic needs of your children in the best possible manner but you have to cater to their emotional health as well. Perhaps, this emotional awakening is the most obligatory part of good parenting which is consciously or unconsciously overlooked by most of the parents because they believe that a child has minimal emotional needs which is a complete myth.

As a parent, you need to know that children have the biggest level of emotional needs. They are entirely dependent on their parents for a number of reasons. They are emotionally weak and vulnerable which impacts their personalities in the latter part of their lives if the parents ignore these demands. Their emotional needs involve the need to be heard out loud about their issues which helps them to understand the right way.

Why are friends more dear than family?

These days, I have heard many parents saying that children are closer to their peers than their parents. Once again, one of the biggest reasons behind this is the level of emotional comfort and trust children bear upon their peer groups.

Young children are unaware of the norms of the world. For them, their problems need quick solutions which they get from their peers. When parents maintain a barrier of distance between their children and themselves, children start getting distanced from them automatically.

In these moments, their only refuge comes from the peer groups which share more or less the same story. The comfort level is the biggest reason behind children often choosing their friends for disclosing secrets and struggles of their everyday life in place of family and especially parents.

Parents believe that as the birth givers, it is their prime duty to have a due right on their children’s life. Suck kind of parents decide each and everything about the lives of their children because they consider that children are not enough “experienced” about the bigger world out there.

They have a deep kind of control over all the activities of a child. These activities range from the personal, social, and academic spheres of a child’s life. Such parents also have a strange habit of thinking about providing a “perfect” life to their children and they tend to achieve this perfection by controlling every minor and major part of their child’s life.

As it is suggested earlier that when authoritarian parents make decisions about their children’s lives, it is a rare occasion that they inform their children about it. For them, the process of decision-making is all related to the parents and they are the ultimate authority to take every single decision on their children’s behalf.

This leaves a very negative impact on the decision making skills of their children because they start depending on the decisions enforced upon them by their parents, so when they have to take up their parts in practically building their lives, they don’t feel confident enough and often make wrong decisions which impact their relationships as well.

Little or No Communication & Punishment System

Communication is considered a very important phase of parenting. It helps to develop a strengthening and long-lasting relationship between a parent and a child. However, we don’t find any trace of communication between such parents.

They are very strict and therefore they believe that sharing things and building a communication level with their children is going to impact their relationship and would be disastrous for their so-called authority.

Such parents have the habit of giving orders. They abhor taking orders or suggestions from their children regarding anything. Once the order is directed, they want it to be fulfilled, otherwise, they have different kinds of punishments for children. This parenting style is disliked by many because it suppresses the mental and emotional growth of children leaving them bound.

Now let’s talk about the second extreme of parenting. This time we have a ruling group but it’s not the parents but the children themselves who control their parents.

Permissive parenting is the one where parents are bound to their children for one thing or the other. Here, children hold the ultimate authority and the role of parents is limited. They are the ones who hold the duty of obeying whatever is directed to them. Though this concept seems a bit ridiculous, this kind of parenting exists where parents believe that children hold the authority to make the end decisions, so they leave everything upon them.

Parents over here do not control their children but their stance is pretty defensive when there are rare conflicts. In these situations, they most often decide in favor of their children because they have an extremely caring attitude which makes them believe that this is going to impact their children. You will find such parents very lenient in every matter. Their lack of control makes children selfish and brutal as children start believing that parents are going to accept every order.

No Authority in Decision Making

Here children are the ones who make the ultimate decisions and simply direct their decisions to the parents. The parents have a minimal role in decision-making. These parents let their children decide everything for them and their position remains nothing except as a silent spectator.

Such parents have no role in communicating with the children. They are never the ones who go out of their comfort zones to interact with the children and express their feelings and opinions. The main reason behind this is the lack of enthusiasm from children.

Children over here do not believe that they have a need to communicate with their parents, so they never bother to share anything. Parents, on the contrary, are content over this carefree attitude of their children.

This type of parenting is considered ideal by most parenting experts and it lies in between the permissive and authoritarian styles. Here, parents are super supportive of their children but to a certain limit. Children on the other hand have a friendly bond with their parents but it is also limited to a certain boundary.

Compared to the other types of parenting, control over here is not absolute or oppressive but there is a balance. Parents believe that the life at the end is of the child and they should be involved in every single decision which is taken about them.

Such parents have set limits about their child’s life and the children know well that they have to abide by the norms and rules. Along with that, parents over here give the complete level of freedom to children about making life choices by staying within limits.

Combined decision-making is the strategy adopted over here because both parents and children have enough trust in each other. Parents believe that involving children in every decision-making gives them the confidence to make the right kind of decision when the right time comes.

Here the communication gap seems to dissolve because parents and children both are friends of each other. Both share life experiences on a regular basis with each other which deepens the relationship between them and a certain level of comfort starts existing between both.

Though parents over here are not fond of giving too many punishments but at points when they feel the need for it, they give punishments but in certain boundaries which leaves no impact on their earlier relationship.

This type of parenting is located at the far end of the parenting graph. Though originally this style was referred to parents who were absent from the lives of children due to divorces or deaths, today this style is also applied to the parenting module displayed by busy parents.

Over here, they have no role in decision-making because they are not even present in the child’s life. Their absence leaves a very big hole in the life of their children. These children, when they don’t find the due support coming from the most essential relationship of their life, they start relying on other relationships including peers and sympathizers.

Such children are often low in confidence as well as they are not active in life and all its activities. Neglectful parenting is the biggest hurdle in terms of a child’s progress because it brings a sense of alienation in a child’s mind.

Parenting needs to be taken as a serious concern rather than just an act of bringing up your kids. When you are parents, you are precisely treating a picture of your child’s future in front of you with your own hands. Need is to understand this fact.

A lot of parents never pay heed to their children’s lives when they are bringing them up and this costs a lot in the future. The best thing to do is to understand that your children represent your efforts, you need to secure their emotional health and when an individual is apt enough to take care of this, things fall in order by themselves. 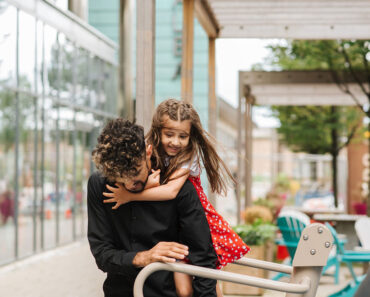 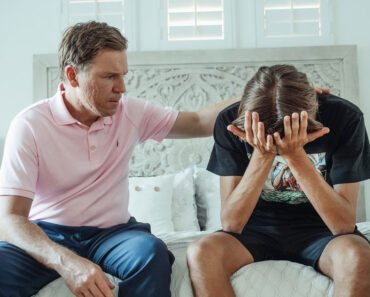 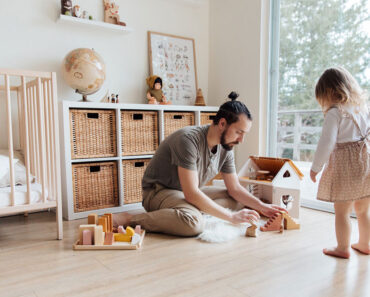 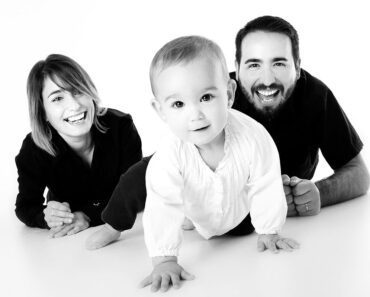 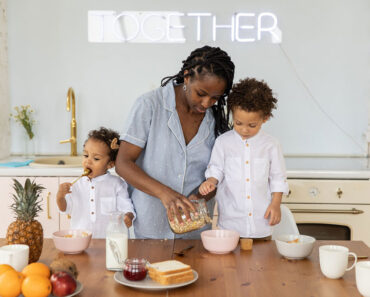